Jessica Hergert is a junior at Rider University. She is currently studying abroad at Griffith College and interning with Olytico through the CAPA study abroad programme. 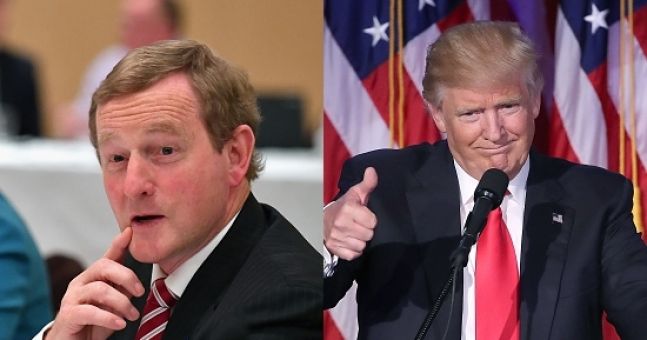 On March 16th 2017, Taoiseach Enda Kenny met with President Donald Trump at the White House for the first time since Trump’s inauguration. In the six years since Kenny’s election as Taoiseach in 2011, he has come to America each March to celebrate the historical connection between Irish and American values.

This year, Kenny’s speech focused on the importance of Irish immigration in America, and the history between the two countries. The speech was quickly picked up by traditional and social media across the globe.  At Olytico, we analysed the the reaction online in the 48 hours following Kenny’s speech.

While the story was covered by Irish publications such as The Irish Times, Irish Examiner and The Irish Sun, Ireland only represented 4% of the total articles published. The United States published over half the total number of articles pertaining to Kenny’s speech.

In addition to the prolific print coverage this story received, the two-minute video clip of Kenny delivering the speech acquired a large number of views, shares, comments and reactions on social media. When we began our analysis of the social media reaction to the speech, we focused on the combination of Enda Kenny and Donald Trump as keywords.
However, we quickly realised that for many people sharing the story, it was the speech that people referred to, and often the word Kenny or Trump didn’t appear. We added phrases such as “Irish PM”, “Irish Prime Minister” and “St. Patrick was an immigrant” and found a much wider base of content about the speech.

Between March 16th and 20th, we analysed over 130,000 tweets mentioning the speech. However, it continues to be shared and discussed on Twitter, with the total number now well over 150,000 and continuing to rise.

As impressive as the reach was on Twitter, Facebook contributed significantly to the spread of the story, and in particular the video views.

The Irish Prime Minister may not have been looking at Trump, but his moving speech was aimed right at him. https://t.co/ffRpFfcP6g

It was great to watch the Irish PM wipe the smug off of Trump's face with his stunning speech about immigration and the essence of America.

Enda Kenny will not be the last Irish Prime Minister to visit the White House on St. Patrick’s Day. However, it’s likely based on recent events that it will be his last visit as Taoiseach. Based on the global media reaction and the reach on social media, his visit in 2017 – and his speech – will be referenced for many years to come.